. I suspect that the safety concerns were “elevated” to prevent humans from using horse-sized doses and to prevent a shortage.

Just the CDC lying to us for our own good again? Is it any wonder people distrust them. And there’s no ivermectin shortage, it’s available and cheap. Claims of it not being available are typically lies by unethical healthcare workers to try to avoid giving it out for political or corporate policy reasons. Odd those folks failed to find a conscious with all those opioids they gave out…

There’s really little point in discussing it until we have pretty solid evidence that it actually helps.

Not at all. Doctors were trying all sorts of things at the start of the pandemic with plausible ideas and definitely no “solid evidence”. You sit there and watch and the patient dies. So you try something that might work, maybe it does, maybe you try it on the next guy. We still don’t have very good treatments and certainly don’t have a good understanding of the disease, or that there don’t exist better drugs to use that haven’t been tried.

Even with all our masks and vaccines, 2000 people are dying every day and you want to wait for solid evidence? In particular, if a drug is safe and plausibly might help, why do you want people to die without trying it? Or ban them from trying it, like many hospitals are doing. That’s just stupid. I don’t know whether the motivation behind this is that they’re paid off by big Pharma or they’d rather see more dead deplorables or they get more money from treating lots of sick people with expensive drugs and vents, but it’s solidly against any reasonable interpretation of medical ethics which makes it so shocking. Off label use is totally common for anything already FDA approved and safety tested in a very very wide range of cases, except here with ivermectin.

Whether it works or not isn’t the point - it’s their life and their doctors call, let them try and if they live more often, let them tell that story until it’s good enough evidence for the academics.

Campbell had some choice words for that BBC article, which cites unpublished claims of some researchers that some of the many trials showing benefits of ivermectin might be inaccurate, but they won’t say which and presumably the other 2/3 or so still make it look good. Money quote: “BBC used to be a good organization”

I am shocked, $HOCKED!

It is all so obviously and transparently about the

Even with all our masks and vaccines, 2000 people are dying every day and you want to wait for solid evidence? I

Isn’t that the very purpose of a EUA? Scripta is right, we shouldn’t push something with merely an emergency use authorization.

Oh, wait… Ivermectin has been approved for human use for decades, and has a strong well established safety profile. I guess it was something else that only has a EUA.

Study out of Canada suggests that the older, non-Delta variants are 50-100% worse in terms of health outcomes (hospital, icu, dying), while the delta one appears to be 100-200% worse than the Wuhan Classic strain.

He should leave making up nice sound bites to Fauci who at least will get a little more of the science right.

President Biden on enacting vaccine mandates: "We're making sure healthcare workers are vaccinated because if you seek care at a healthcare facility, you should have the certainty that the people providing that care are protected from COVID and cannot spread it to you." https://t.co/eiS2nQM4QA
4 Likes
Consecutive reply limit
Consecutive reply limit
xerty October 11, 2021, 5:42pm #6063

Southwest pilots arguing over mandates. Sure helps to have a union for those situations, unlike a lot of healthcare workers.

Just a bump for Xerty.

Making too much sense for LinkedIn LinkedIn has been on the sidelines of the great censorship battles. With this move, it seems to have engaged it on the side of the censors.

“Hospitals are firing nurses and other staff with superior natural immunity while retaining those with weaker vaccine-induced immunity,” wrote Kulldorff. “By doing so, they are betraying their patients, increasing their risk for hospital-acquired infections…. If university hospitals cannot get the medical evidence right on the basic science of immunity, how can we trust them with any other aspects of our health?”

Yesterday American Airlines had almost 300 of its flights canceled, almost 10 percent of its total schedule, far more than ANY other carrier in the United States (Southwest remains second), and another 673 delayed. It is no doubt purely coincidental that I have heard from multiple pilots at American this week and that its pilot forums are filled with anger at the vaccine mandate.

It is also no doubt a coincidence that Delta - which has had far fewer problems than the other big carriers - has been the only one NOT to impose a vaccine mandate.

Meanwhile, though they still insist last weekend’s meltdown had nothing - NOTHING, I TELL YOU - to do with their vaccine mandate, Southwest’s executives have dramatically changed their rhetoric about said mandate.

More on ivermectin out of NY

Another Voice: Patients deserve choice of treatment with ivermectin

"Never in my 30-plus years of practicing medicine have I witnessed the extreme politicization of a disease," writes Lori Luzi.

Another bump for Xerty…I’m sure he’ll be needing it soon anyways.

The declaration was signed by over 800,000 people. A key issue is natural immunity from having the disease

Kulldorff said there are two underpinnings to the declaration that data now supports: The “thousand-fold difference in mortality” between old and young, and what he says is strong and lasting natural immunity after infection.

“One of the stunning things through this pandemic is the questioning of natural immunity after having COVID,” Kulldorff said. “We didn’t know this a year ago, but now we know that the immunity from having COVID is stronger than after the vaccine.”

Kulldorff is, in part, referring to health officials who appear to be dancing around the immunity issue post-infection, concerned that it will undermine inoculation efforts. The results of a large Israeli study showing robust natural immunity, for instance, demonstrates this. 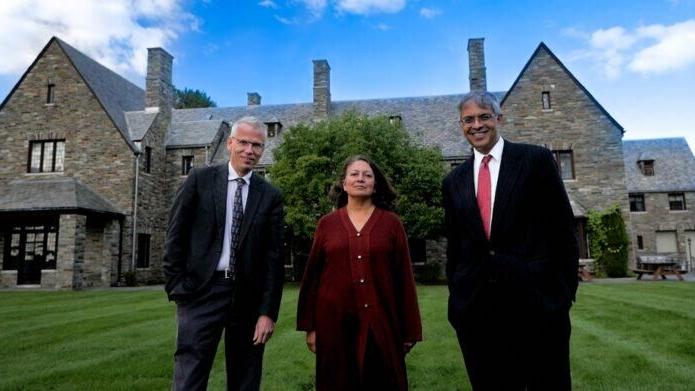 Those who penned Great Barrington Declaration a year after it sparked...

It wasn't designed to be political. It was considered a well-established public health ethos based on science. But the anti-lockdown proposal stirred an emotional response around the world, and in The New York Times article “ Covid Ravaged South America. Then Came a Sharp Drop in Infections ” explains that the sudden drop in cases can’t be understood, yet makes no mention of the fact that Latin American doctors regularly prescribe !vermect!n for their COVID-19 patients. Nor did the Times mention that the Guatemalan and Bolivian governments’ version of “ICU in a box” included supplements and !vermect!n, or that El Salvador gives free medication to anyone who gets COVID. In December 2020, the Mexico City government provided 83,000 COVID kits with !vermect!n (a very low dosage of 12mg for 2 days) to COVID-positive patients and thereby reduced hospitalization rates by 50-70%. A recent study out of Peru demonstrated a 14-fold reduction in nationwide excessive deaths. Furthermore, 31 African countries that were already using !vermect!n as an antiparasitic have reported much lower rates of COVID-19 compared to 22 countries that were not.

Dude: “It’s all about the Benjamins”. And with Ivermectin there ain’t no Benjamins . . . . not for Fauci or for anyone else in the fetid healthcare industrial complex.

“Does the coronavirus merit personal concern?”

Not if you’re Joe Biden, in which case you do whatever you want!

Yahoo News: Joe Biden is like deer in the headlights as he openly and flagrantly violates DC mandate

“Per CDC guidance and DC Mayor Muriel Bowser’s executive order, all individuals over age 2 are required to wear a mask indoors, regardless of vaccination status. Masks must be always worn while in our restaurants, except while eating and drinking. Thank you for understanding.”

A caution for high risk people, regardless of vaccination

Colin Powell, the first Black US secretary of state whose leadership in several Republican administrations helped shape American foreign policy in the last years of the 20th century and the early years of the 21st, has died from complications from...

“General Colin L. Powell, former U.S. Secretary of State and Chairman of the Joint Chiefs of Staff, passed away this morning due to complications from Covid 19,” the Powell family wrote on Facebook.

“We have lost a remarkable and loving husband, father, grandfather and a great American,” they said, noting he was fully vaccinated.

That is the dope slap for me. Secretary Powell was fully vaccinated!!

I have never from the jump scaled back my efforts to avoid COVID-19 infection. After I was vaccinated I continued to behave as if I had not been vaccinated. However, there were times along the way when I felt a little silly being so cautious.

All thoughts of silliness have vanished. This is truly the virus from hell.

A caution for high risk people, regardless of vaccination

He had cancer. See the vaccination thread. The U.S. and the world made a huge bet on Novavax, but manufacturing problems are jeopardizing billions of doses earmarked for poor and middle-income countries.

the company has consistently run into production problems. The methods it used to test the purity of the vaccine have fallen short of regulators’ standards and the company has not been able to prove that it can produce a shot that is consistently up to snuff, according to multiple people familiar with Novavax’s difficulties.

Several vaccine batches have already been discarded, and four people with knowledge of the matter say U.S. officials now no longer expect the company to win FDA sign-off on the vaccine until next year at the earliest.

“At some level, I think the efficacy was never going to outweigh the risk associated with the impurity that was in there,” said one of the people with knowledge of the matter. “I’m not surprised this is where we are.”