A series of moves against media outlets by PayPal shows the next step in speech control: confiscation. Why won't the company answer questions?

This wasn’t the first example I’d heard about where independent and in particular, anti-war media coverage was being targeted for censorship, deplatforming, having their funding sources shut down, etc.

Paypoo is a bitch to everyone, and everyone should know that. Nothing new here. Though I thought they no longer use the “6 months suspension of funds” practice. Didn’t they get in legal trouble for that?

There’s a lot in this article, including mineral rights and domestic oil stuff that you might be interested in. Here was the Russian piece -

the Russia-Ukraine situation. A couple of things about that, particularly about the sanctions. First, Russia, among the developed nations—if you want to look at it that way— Russia is the only country with a balanced budget. I know it’s hard to believe, but they really do, they have a balanced budget. They have 81 million ounces of gold in the vault, and they can produce plenty more, because the government controls the land that has the gold in it. That’s one example of why they’re autarkic, in the sense that they don’t really import anything they need; they just import things that they want. That could be Disney films, or it could be dolls, but if need be, they can live without it.
What they do have, for example – and this might be surprising if you don’t already know it – is fertilizer. Russia accounts for about 35 percent of global nitrogen-based fertilizer production. So, when various nations declared sanctions against Russia, it was not well-noted that Russia also declared sanctions on the countries that were sanctioning them. Russia’s not exporting any agricultural nitrogen-based fertilizers to those countries. That’s a very big problem for agricultural commodities, because in another 30 days we’re coming into the planting season and we’re going to need fertilizer.

Thank you, xerty, for posting. That is a remarkably valuable piece. I have saved it.

Look at fertilizer prices; they’re up big, because people will be ordering it right now. You can order it, but it’s expensive and is likely to get more expensive, unless this problem can be solved. So, whether we have a recession or not, I think we’re going to have inflation; this is just one more inflationary factor. And we might have a recession just because of the inflationary shock. It’s possible. So, commodities are in very, very good stead and that’s just the way it is right now.

It’s really too extensive for me to summarize, but I can comment:

But Sheldon Whitehouse in particular pins the pomposity meter so wildly that it becomes irreparable. And he so well represents the people of his diminutive, unimportant state.

Look, so long as such Democrats are running things, it’s pretty clear from that writing we have no chance whatsoever.

Finally, discussion in there of the asinine “ESG movement” sent chills down my spine. This is another concept emanating from the same general location, New England. The fact of anyone taking it seriously is just beyond belief. So destructive!! And that is entirely by design!!

our leader talks about seizing their private property

Following up on Biden’s expropriation proposals, On 28 April 2022, the White House announced that President Biden was to propose a legislative package that would “hold Russian oligarchs and elites accountable” for Russia’s aggression towards Ukraine. DOJ Press Release. Amongst other things, the...

Which all may sound good, but a 10 year statute of limitations would inconveniently include millions paid to Hunter Biden back in 2014, and those are only the payoffs we know about.

First rounds of sanctions worked so well, we’re going to do some more. Greenwald on the politics of the war

Biden Wanted $33B More For Ukraine. Congress Quickly Raised it to $40B. Who...

Tens of billions, soon to be much more, are flying out of U.S. coffers to Ukraine as Americans suffer, showing who runs the U.S. Government, and for whose benefit.

From the start of the Russian invasion of Ukraine on February 24, the Biden White House has repeatedly announced large and seemingly random amounts of money that it intends to send to fuel the war in Ukraine.

One need not be a conspiracy theorist to marvel at the great fortune of this industry, having lost their primary weapons market just eight months ago when the U.S. war in Afghanistan finally ended, only to now be gifted with an even greater and more lucrative opportunity to sell their weapons by virtue of the protracted and always-escalating U.S. role in Ukraine. Raytheon, the primary manufacturer of Javelins along with Lockheed, has been particularly fortunate that its large stockpile, no longer needed for Afghanistan, is now being ordered in larger-than-ever quantities by its former Board member, now running the Pentagon, for shipment to Ukraine

One would usually expect the American left , or whatever passes it for these days, to be indignant about the expenditure of tens of billions of dollars for weapons while ordinary Americans suffer. But the American left, such that it exists, is barely visible when it comes to debates over the war in Ukraine Yeah. Meanwhile the rich Western European countries chuckle and smile as they embrace a willing Biden stooge in their welcoming arms. They love him just as long as he pays, with our money, to solve their European problem as they remain in the background bearing FAR less than their legitimate share of the cost.

The rich Western Europeans are so happy right now Trump is not POTUS! If he were he would be forcing them to pay up. No danger whatsoever of that with their BFF Biden. "My oath of office is to the U.S. Constitution, not to any foreign nation..."

Currently just 64.83 rubles are equal to one American dollar. Russian ruble makes large gains in spite of sanctions: are they working?

The US and EU have made attempts to cripple the Russian economy, but the value of the ruble (at least on paper) is going up. Are more sanctions planned? 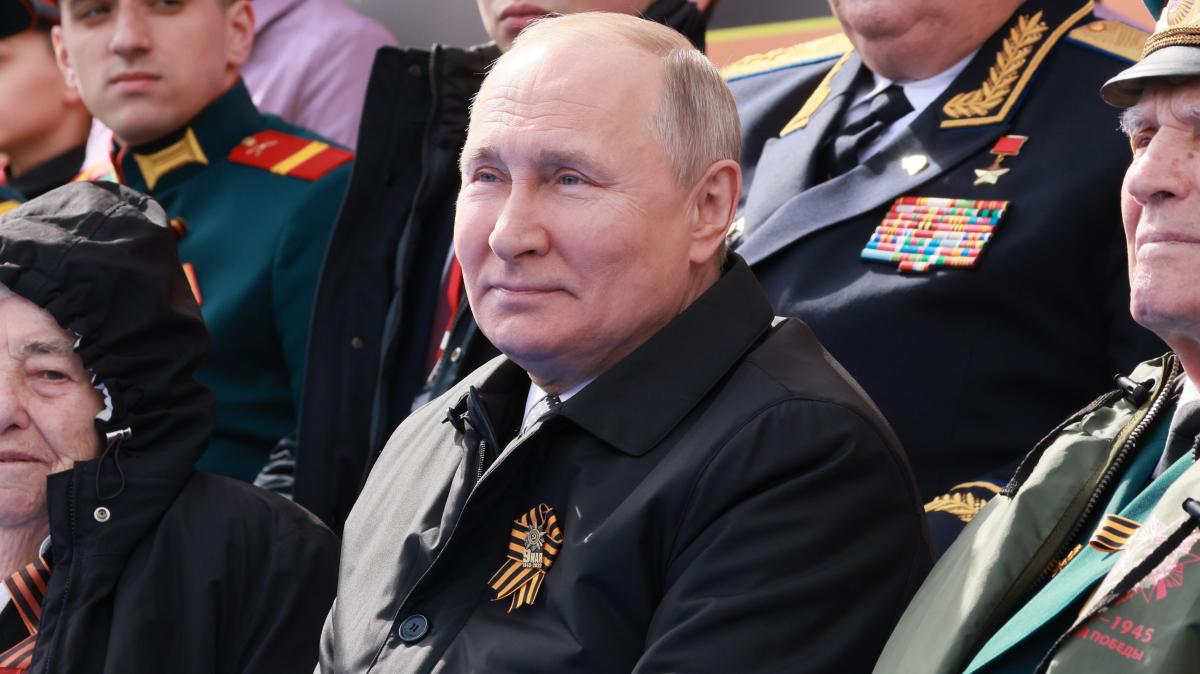 President Putin is “very ill with blood cancer”, an oligarch close to the Kremlin is reported to have said. The unnamed oligarch was recorded discussing Putin’s

I’m not surprised. When you get to my age you notice stuff. More than one person of my acquaintance has perished from cancer following time spent in highly stressful circumstances. My one buddy, for example, died several years ago following a tumultuous divorce. They reconciled at the end, but it came too late. A relative of mine died from cancer following (not all that many) years in the Wall Street pressure cooker at a VERY high salary.

You have to figure this war has done a number on Putin, stress wise. For some people, as cortisol goes up survival chances go down. Does Lowering Stress Fight Cancer? How Cortisol Relates to Metastasis

Reducing stress has a litany of benefits for your health, but can reducing levels of cortisol, the stress hormone, help reduce problems associated with cancer? Recent research has uncovered a few ways in which relaxing can really help you. Here’s...

Putin did what he could to avoid COVID-19, maintaining distance from others. But he did not do enough to prevent stress. Dumb.

You have to figure this war has done a number on Putin, stress wise.

It probably has. I have another take, though. He found out he had late stage cancer. That stressed him to the point of near-insanity. In this state,

Just when the guys getting paid for perpetual war in Afghanistan had to leave, we’ve now got an “open ended commitment” to keep blowing billions in Ukraine.

NATO on Sunday pledged open-ended military support for Ukraine, as Finland hailed its "historic" bid to join the alliance and Sweden's ruling party said it backed a joint membership application.

And if that doesn’t work out, like Putin dies or retreats (terrible!), we’re also ramping up our coup efforts in Somalia as a backup.

The president also signed off on targeting about a dozen Shabab leaders in the war-torn country, from which Donald J. Trump largely withdrew in his final weeks in office.

targeting about a dozen Shabab leaders in the war-torn country,

So, Joseph Robinette Biden is an anti-Shababite. Dollars to doughnuts (that used to be great odds) that without a teleprompter, our Dear Leader would think a Shabab is more related to inflation than anything else.

What a great way to spread the risk. He’s starting to remind me of the “compounding interest chick (or guy depending on the day of the week)”. Debt payments. If Russia will refuse to default on their own by making payments to their creditors, we’ll just refuse to deliver them and make it happen anyway.

Investors who bet against ETFs tracking Russian assets in the build up to the Ukraine invasion made the right call -- and they’ve been paying the price ever since.

From the article… “Ian Bezek, a Colombia-based investor and financial writer, has a $10,800 short position on ERUS. The 33-year-old is now paying an annualized borrow rate hovering at around 60%”
Ouch!