Anyone use US Mobile? Prepaid cell reseller

They seem to have really cheap rates for lowish usage. Would be perfect for a tablet or other non phone device. They seem to be 3g/4g on GSM and LTE on either Verizon or Sprint, whichever one is CDMA. No intl roaming tho, 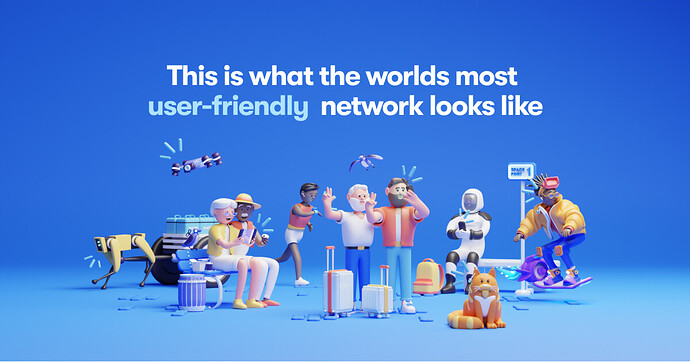 Start small from $4/line or go unlimited for $25/line.

I don’t know why these providers even offer larger amounts of data at ludicrously high prices. There can’t actually be people paying them for the larger data buckets?

Does seem like pretty low rates for the 100min/100mb/100text, for single line anyways at $9-$10. But usmobile’s prices say they’re excluding taxes. If they’re really only $1 taxes is not bad but if they have $5 “taxes” not as good.

Edit: We don’t actually need all the lines we have currently though (2 mostly unused), so our effective per line costs are a little higher.

I just ported over to these guys in the last few weeks because they’re a Verizon reseller and we’ve been having issues with T-Mobile at home. The value is amazing, particularly on their pooled data plans. My wife and I use anywhere between 2.5 and 5GB of data a month total. The cost is $9.48 per line, tax inclusive for unlimited talk and text, and then $2 tax inclusive per gigabyte. That also includes prioritized access to Verizon’s 5G towers - it’s the same priority as VZ postpaid and it also includes mmwave access.

The speed and reliability over the last few weeks has been light years ahead of T-Mobile, which has gone to pot around here since the Sprint acquisition. It’s also a good 20-30 bucks cheaper a month, depending on whether we qualified for the T-Mo “kickback” discount.

The speed and reliability over the last few weeks has been light years ahead of T-Mobile, which has gone to pot around here since the Sprint acquisition.

That’s a shame. I’ve had the exact opposite experience. I was with Sprint since 2005. There has been a dead spot in my neighborhood ever since I moved here in 2009. After the Sprint->T-Mobile merger was complete and I got a T-Mo sim, my reception has noticeably improved and that dead spot is gone. I have 5G in more areas where I live/work than 4G.

I am Seattle based and I think that’s part of it. T-Mobile’s HQ is here and they are a very popular carrier - almost everyone I know has them or one of their MVNOs. Similarly AT&T also has a fairly large presence here east of Seattle. I do not have the numbers, but I would be surprised if Verizon isn’t #2 or #3 in market share here when you total up all devices connected to each network.

I’m also in a suburban/rural area, and whatever tower we’d pick up outside our house was just poor. Pages wouldn’t load, operations would time out, etc even with 2 bars of coverage. When I trialed US Mobile, everything just loaded instantly. I was happy to switch out the less reliable, more expensive service with the cheaper Verizon MVNO.