The horses are not acceptable to the CA Democrats because their flatulence contains methane gas. Do Horses Produce Methane? Horses do produce methane like every living creature but far less than many other grazers such as sheep.

But … but … they have energiewende German producer prices rose in August at their strongest rate since records began both in annual and monthly terms, driven mainly by soaring energy prices, raising the chances that headline inflation will surge even higher. This is why you shouldn’t try to force the plug into the socket. While Amazon tries to go green, the company has encountered numerous challenges with solar panels at various warehouses.

Instead of solar, Amazon should buy some small modular nuclear reactor power plants.

EVs and the power grid Stanford scientists say that it costs more to charge your electric car at night and it could stress out your local electric grid.

California currently uses time-of-use rates to encourage people to use electricity at night such as running the dishwasher and charging cars. However, the authors argue that with growing demand of electric cars, this strategy is outdated and will soon incur high demand with low supply. More specifically, the teams says if a third of homes were to charge their electric cars at 11 PM or whenever electricity rates go down, the local grid would become unstable.

However, the authors argue that with growing demand of electric cars, this strategy is outdated and will soon incur high demand with low supply

This makes sense as the fraction of power produced by solar and wind increases. Solar, of course, produces nothing at night and wind also dies down at night.

Another issue is the banning of gas heaters and other gas appliances in new construction or replacing existing gas equipment. In the winter, the electric heaters are going to increase demand at night.

The electric power grid is a complex, feedback control system that has to match demand and supply on a sub fraction of a second basis.

and wind also dies down at night.

That’s not necessarily true. The biggest (and maybe the only) wind farm I know in SoCal is near Cabazon off the 10, and it’s always windy. It’s also windy near the coast at night, so off-shore wind should work at night. This is a non-scientific, personal observation -based opinion. Power generation is blowing in the wind

LIVERMORE, Calif. -- By looking at the stability of the atmosphere, wind farm operators could gain greater insight into the amount of power generated at any given time. Power generated by a wind turbine largely depends on the wind speed. In a wind...

The team found that wind speed and power production varied by season as well as from night to day. Wind speeds were higher at night (more power) than during the day (less power) and higher during the warm season (more power) than in the cool season (less power). For example, average power production was 43 percent of maximum generation capacity on summer days and peaked at 67 percent on summer nights.

Edit. The relatively small fractions of max generation are interesting. Only 43% on summer days. 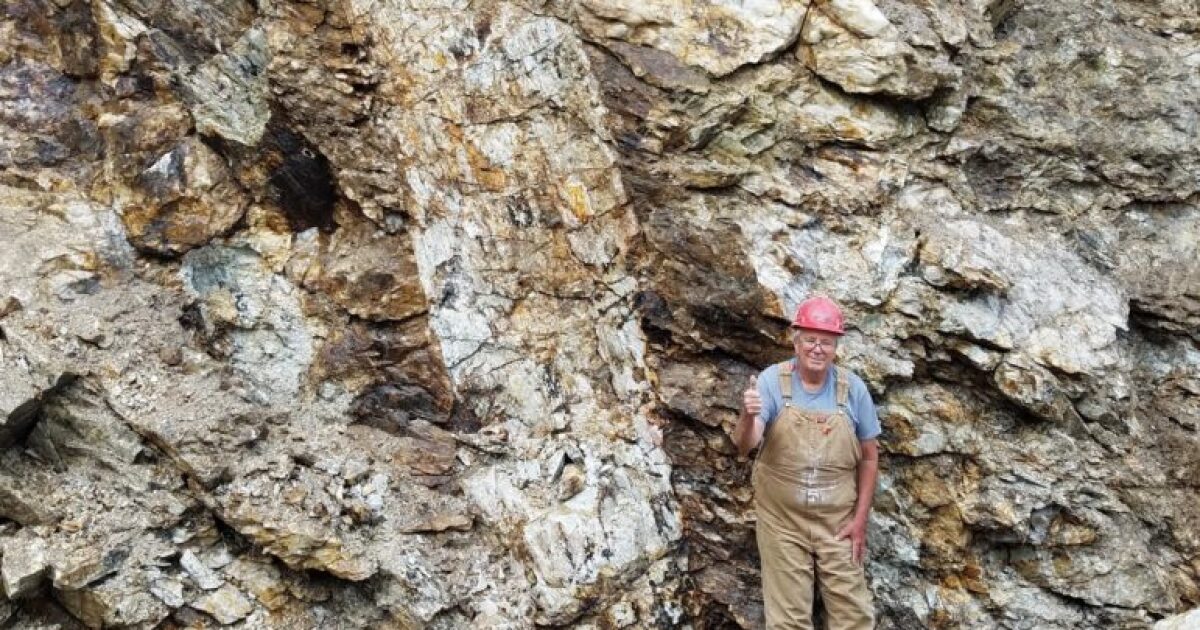 A $1.5 billion lithium deposit has been discovered in western Maine, but...

Now partially exposed, the deposit is estimated to have a higher percentage lithium content by weight than any other in the world. Dilbert gets canceled as the comic’s creator Scott Adams takes on woke ESG...

Scott Adams's syndicated comic strip Dilbert has been poking fun at the idiosyncrasies of office culture for 33 years.

I liked the one where the black guy identifies as white to annoy the CEO trying to boost his ESG / diversity stats. I think in the end the CEO identifies as non-binary to get some better marks.

The comic strip actually did get canceled by one chain. The newspaper chain canceled other comics but was this a coincidence? He is still carried by other newspapers in 57 countries.

By the way, I do not usually read the strip but it is great.

And as new comic strips came out attacking ESG, newspapers started canceling the creator’s syndication because of complaints from the readers. Lee Enterprises, which runs 77 newspapers, just canceled their contract.

Given that Lee Enterprises cut other popular comic strips as well, it could be a normal business decision, but Adams says, “Do you think they flipped coins to decide what to keep and what to delete? It wasn’t about popularity or cost. (That I know.)”

But what about energiewende? Amid an energy crisis, Germany turns to the world's dirtiest fossil fuel

Coal-fired power plants across Germany were scheduled to be shut down by the end of the year. But with Russia cutting gas deliveries, Germany is turning to coal.

Even environmental groups agree this might be best short-term solution

the earnings from burning more coal will go into constructing more wind turbines and solar panels, but environmentalists are worried the German government isn’t doing enough to ensure that.

Still, even the country’s staunchest environmentalists admit that coal is the quickest and most cost-effective answer to Germany’s energy crisis.

“We can understand the government restarting coal-fired power plants in Germany,” says Greenpeace Germany’s Karsten Smid, “but on one precondition: Coal is destroying the climate. So in the end, we do not accept any additional CO2 emissions without a commitment to savings.”

Smid says the government will need to ensure that every ton of CO2 emitted from burning coal will be offset by reducing emissions elsewhere in the economy.

The problem, says Smid, is that the German government hasn’t promised that. Instead, it’s given a green light to operators to burn more coal so that Germany — and its economy — doesn’t freeze this winter.

As expected, the climatistas are blaming Ian on global warming or is that climate change. They are getting a little pushback The exchange with a hurricane expert, who warned against linking specific weather events to climate change, quickly went viral on social media.

And we also have this inconvenient truth to coin a phrase Hurricane season 2022 running behind schedule: Here are the important...

New York going all in on EVs. They need an EPA waiver for it, but I’m sure they’ll get it (like CA does) if they ask in the next 2 years. All new vehicles purchased in New York will need to be zero-emission models beginning in 2035, Gov. Kathy Hochul (D) announced on Thursday. “We’re really putting our foot down on the accelerator an…

New York going all in on EVs.

California has areas in the mountains that get cold, but they are not nearly as populated as New York’s.

Most Tesla’s, depending on the model, can go anywhere from 300 to 400 miles on a full battery charge before needing to visit the local charging station. In winter months, however, that range can be reduced by almost 40 percent, making the average range of a full battery charge during the winter 180–240 miles. While that reduction in range is not likely to affect your daily commute, it is something to take note of when planning on longer trips, particularly during cooler weather months.

California has areas in the mountains that get cold, but they are not nearly as populated as New York’s.

More importantly, what’s the battery life when blasting the heater while stuck in a snow drift on the highway overnight?

Bring sufficient clothing and food, and you won’t have to worry about it.

Have you ever been stuck in your car in a whiteout for even a couple hours? It’d really suck to watch the snowmobiles bringing extra gas to the cars around to you, and have to drive on past you as you watch your battery life slowly drain away. It wont be about how much clothing you have with you, it’ll be about finding a good samaritan near you who allows you to abandon your car and crawl into their back seat.

On the bright side, I guess, you wont need to worry about your exhaust getting blocked…