well, if we can’t be friends with M-“the Bone Saw”-BS, maybe we can make nice with the socialist who we tried to overthrow while he wrecked his country.

THE US INTENDS TO EASE SANCTIONS AGAINST VENEZUELA, ALLOWING CHEVRON TO RESUME OIL PRODUCTION - WSJ 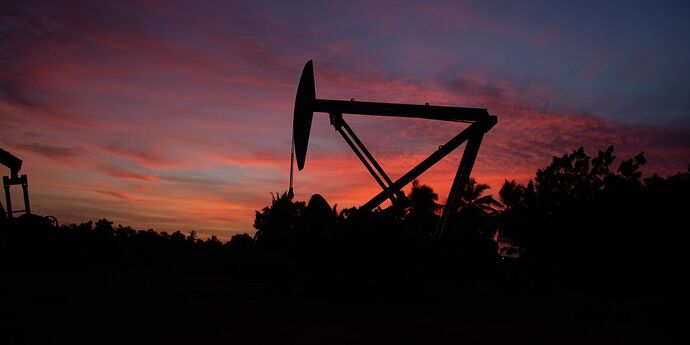 The Biden administration is preparing to scale down sanctions on President Nicolás Maduro’s authoritarian regime to allow Chevron to resume pumping oil there, according to people familiar with the proposal.

the oil fields are so deteriorated from underinvestment that Venezuela would be hard-pressed to add significantly to output over the next two years, even with the help of foreign companies. “I don’t think it would be relevant to broader energy markets in the near and medium term,” he said.

Was this just Saudi Arabia? OPEC? Or was it OPEC+? I suspect it was OPEC+, which is a much bigger pie than just OPEC, and may be indicative of the level of respect worldwide for our fearless leader.

Biden’s schmoozing with the Saudis accomplished nothing.

“And I said it at the time, Khashoggi was, in fact, murdered and dismembered, and I believe on the order of the crown prince,” Biden said at the time.

Biden added that “there’s very little social redeeming value in the present government in Saudi Arabia” and that “they have to be held accountable.”

if you mean that his failure to fulfill those campaign promises should persuade the Saudis, those quotes are not easily forgiven, especially when the declared President of the United States is slinging them.

yes, it was OPEC+ for the cuts. Here’s a good article on the OPEC politics and the recent cut:

The “backup link” avoided the paywall for me.

This week, Biden officials found their urgent calls to Riyadh, Kuwait City and Abu Dhabi went largely unanswered. OPEC+ is making a mistake, but Western governments need to rethink their energy policies, too. They should be boosting all of their domestic sources, encompassing oil, gas and nuclear but also extending to renewables including wind and solar.
Energy security is as important today as it was nearly half-century ago when the Arab oil embargo started. But security starts at home.

The only feasible solution is oil and gas and nuclear. But extending these sources is not going to happen so long as the governments in the United States and Western Europe are firmly in the control of the climate cult.

Lady who used to be a senior Fed official. 1 hour interview, talks about unlikely “soft landing”, slow decline in the inflation rate, and more technical aspects of the Fed and Treasury funding situation. Right. That’s why Biden can try his best to discourage or shut down our domestic fossil fuel production, and it’s a Good Thing. But at the same time, he’s asking Mohammed “The Bone Saw” to ramp up Saudi production as much as possible and its a Bad Thing when they don’t. And when they don’t, the higher priced gasoline is their fault and not ours.

BIDEN: GASOLINE PRICES INCHING UP DUE TO RUSSIANS, SAUDIS 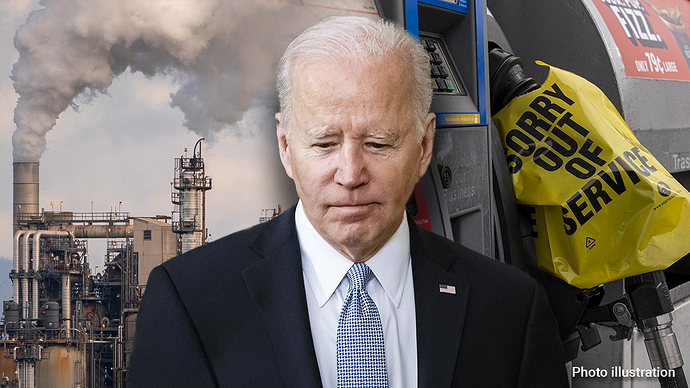 The Biden administration moved closer Thursday to a final decision on offshore oil and gas drilling which could lead to a scenario without any lease sales on federal waters through 2028.

Valero’s response to the California regulators demand for an explanation of the spike in gasoline price. Plain spoken and well worth reading.

But at the same time, he’s asking Mohammed “The Bone Saw” to ramp up Saudi production as much as possible and its a Bad Thing when they don’t.

And he fails to recognize, for a variety of reasons, or purposely, the idea that getting Venezuela or Russia or any of the African countries to boost production is horrible for the climate religionistas. Those countries have nowhere near the climate regulations that we do, and his policy is a net loss to the climate if you are of that faith.

In other words, Algore would think the policy is going to further inundate Miami from it’s current 18" depth to 23" in 4 years … unless we raise taxes now.

The Fed is trapped in a box of their own creation...

The Fed’s problems are our problems. How do we respond to this almost inevitable crisis?

For bond holdings, I have been buying TIPS as my bonds mature. This is mostly in tax deferred accounts but I think I’ll start buying them in taxable because I have to pay CA state income tax on funds withdrawn from my IRA. Handling the taxes in my taxable account is a pain in the ass but doable.

A five year TIPS auction will be announced on the 13th and will take place on 20 October 2022.

But an auction is not necessary and buying them on the secondary marker in a brokerage account like Fidelity, Schwab or Vanguard is not hard.

Guess the polls aren’t looking good, or maybe they know Thursday’s CPI is gonna be bad? Or both. 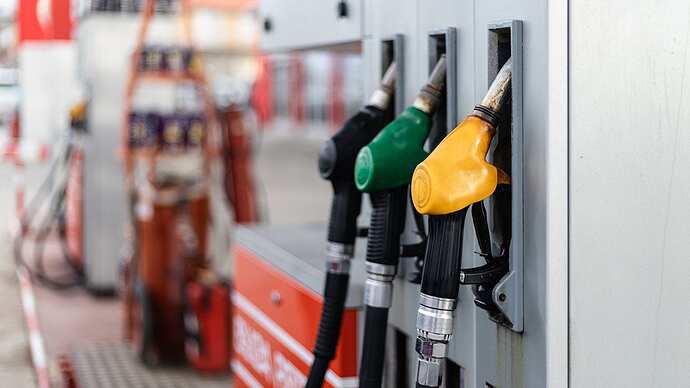 Local newspapers, TV and radio stations across the country are highlighting the soaring gas prices hitting their communities, something that could impact the midterm elections.

Not sure if this is the exact thread, but I’m sure there will be at least one hall monitor to point out any error.

If President Joseph Robinette Biden follows through, this may be the ultimate “cutting off your nose to spite your face” action.

ETA: Couldn’t get past the headline … Biden struggling ---- I’m shocked. 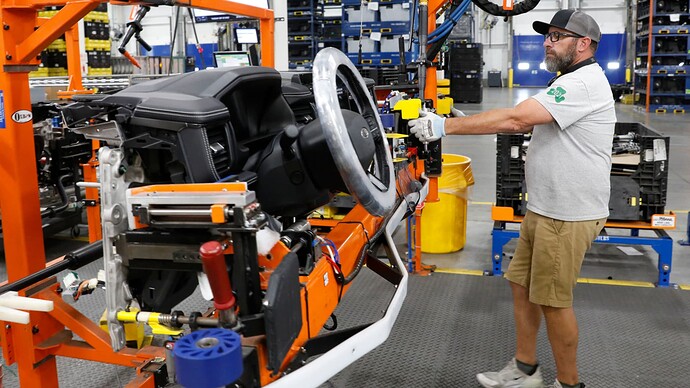 Wholesale prices rose 0.4% in September, more than expected as inflation...

The producer price index was expected to rise 0.2% in September, according to Dow Jones estimates.

With gasoline and diesel prices increasing expect more of this inflation. 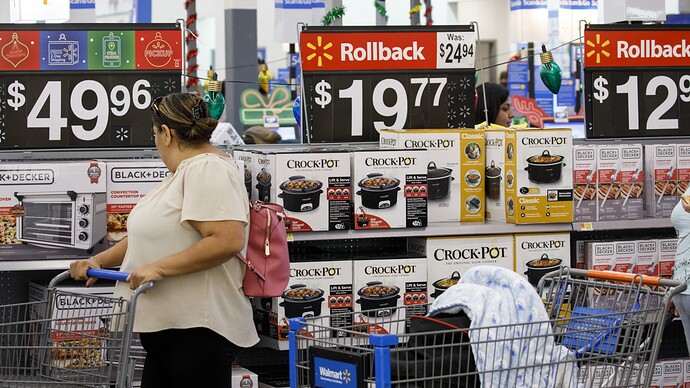 Inflation increased 0.4% in September, more than expected despite rate hikes

The consumer price index was expected to increase 0.3% in September, according to Dow Jones estimates.

More commentary on inflation from this am. Notice how Core is still rising, contrary to what the optimists had hoped. 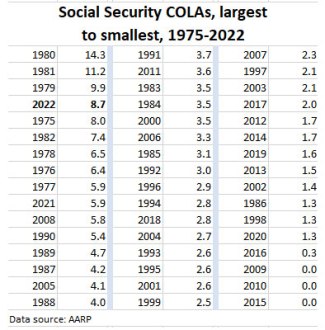 Annual core inflation hits 6.6%, a 40-year high. This isn’t good news for financial markets. By David Enna, Tipswatch.com Here is it, the most important Inflation Day of the year, setting in … 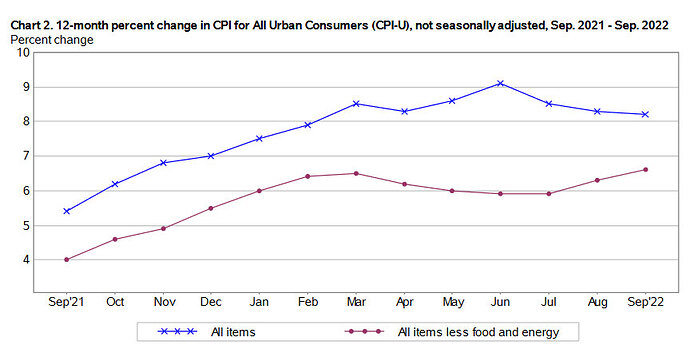 Big reversal in most sectors this morning. At end of session Dow is up close to 3%, Nasdaq and S&P over 2%. Seems investors decided to buy the dip.