After the Equifax hack many consumers placed “freezes” on their credit reports. In a hope to share experiences about how to live with freezes in place lets start a discussion. Here are some potential topics.

I’ve had the displeasure of having my identity stolen twice so far. Once was a few years ago and caught it quickly before they were able to charge anything. This past years (August), was a different story.

Received a call from Neiman Marcus in Atlanta that they needed more information on my application – well, I wasn’t there in person, and knew something was up. Roughly 40k was charged in fraudulent charges (all removed without too much of an issue) and ended up putting an extended fraud alert vs. a freeze. Apparently they went on a spending spree at a mall in Atlanta and hit up as many different stores as they could Called Atlanta PD - no help at all. Not even a return phone call (while it was occurring) or a callback, period.

I’m not sure if this time was related to Equifax (the timing was right on – but who knows), but I was also in the process of purchasing a house. The mortgage folks were nice and said that they could isolate the disputed charges and factor in the decision based on the true information. The one thing they did say was that they were glad that I didn’t have a freeze on the account because apparently, it makes it a royal pain for them to access the information. Apparently, it takes a few days for it to be lifted and sometimes they aren’t able to access it.

I was toying with the idea of putting a credit freeze on the account, but I also look at different credit cards for their bonuses, etc., so I think it’d be more of a hassle.

I will say the credit restoration service (if you can call it that) is useless. They basically have you submit all the information and then you wait 60-90 days for things to fall off the account. I found it much more proactive for me to take care of most of the things myself since the idea of just “waiting 90 days” for things to happen wasn’t really ideal.

I’m sure my circumstances are different than some, but just passing along what happened with me.

As an identity theft victim (with police report, etc.), the fees for freezing and unfreezing are free now according to my state (and most states I believe, if you are a victim).

Here is a nice page with FAQ’s by state. 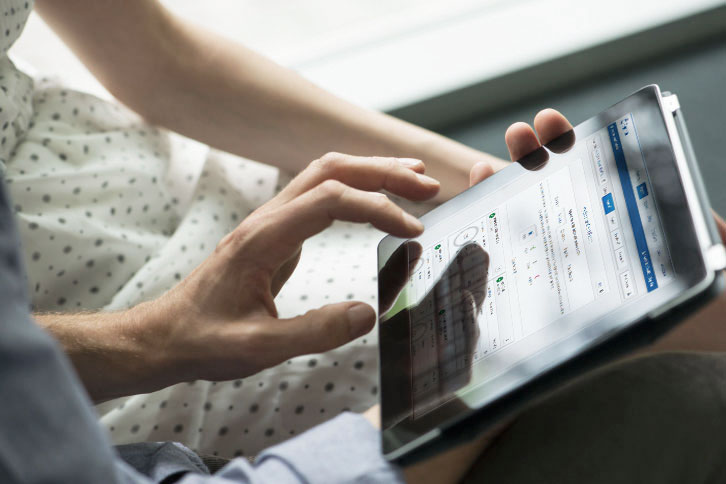 The federal Fair Credit Reporting Act (FCRA) promotes the accuracy, fairness, and privacy of information in the files of consumer reporting agencies.

I found it all too easy to “recover” my PIN via Experian, I just had to answer typical credit history questions. (This is frankly unacceptable in my opinion and almost renders the PIN useless.)

Here’s a good primer on the topic. See also links therein to state by state costs for freezing/thawing.

I am fortunate to live in a state where credit bureaus are not allowed to charge for freeze/thaws done online (this ought to be federal law). As I do a lot of reward card churning, I’ve been through the process more often than I can count. It takes a total of about five minutes to thaw the three major bureaus, and it takes effect immediately. Same for freezing again.

A freeze prevents someone from getting credit in your name. A fraud alert service just lets you know when it has already happened. From my perspective, I think everyone not currently seeking credit should freeze, but that’s easier to say when it doesn’t cost anything.

A freeze prevents someone from getting credit in your name. A fraud alert service just lets you know when it has already happened. From my perspective, I think everyone not currently seeking credit should freeze, but that’s easier to say when it doesn’t cost anything.

If a creditor decides to not pull a credit file from a company prior to extending credit does that exclude that creditor from reporting your credit to that same company? Maybe this is something in FCRA?

Definitely not. Are you thinking it normal practice for a doctor’s office to pull credit info before seeing a patient? Or that they can’t report to the credit agencies since they have not?

(Yes, there are some doctors offices that actually do that or require a credit card on file with a pre-auth charge on the credit card. But I’ve only been in one office that had that policy, so I wouldn’t call it “normal”. Just a single example where I know the answer to your question is demonstrably “no”, there’s likely many better examples.)

The “Creditors” you refer to are not only major banks issuing credit cards. Basically anyone can be a creditor.

In practice, Freezes will prevent the credit card issuers from issuing new credit in your name. They will also prevent mortgage applications using your information. They won’t prevent XYZ service provider from billing you or filing non-payment with the CRAs.

I concur that you are correct. I would suggest, though, that it is unlikely someone would extend significantly large amounts of credit without a credit check. A credit freeze also cannot prevent someone from engaging in criminal acts in your name.

Well at least if you can prove you have a freeze in place at the time a creditor extends credit in your name without “due diligents” to verify your identity and worthiness then you likely have enough evidence to sue the creditor with an attorney who wants to make 50% of the damages.

At first thought, I kind of agreed with the sentiment. A quick rethink and I wonder why would you sue the other victim, and for what … your time, aggravation, ???

I know someone who had their identity stolen in the mid-eighties, and they easily spent more than 40 hours on telephone calls, visits to the police station, filling out dozens of all types of forms. Today, I suspect that it’s been somewhat streamlined to under three hours, plus the visit to the police station.

Apparently, it takes a few days for it to be lifted and sometimes they aren’t able to access it.

In my experience, this is not true. Unsure why they would have said that. It’s always been instant for me.

Apparently, it takes a few days for it to be lifted and sometimes they aren’t able to access it.

In my experience, this is not true. Unsure why they would have said that. It’s always been instant for me.

It probably takes a lot of people a few days to figure out how to get the freeze lifted, after losing their PIN, trying to thaw their Experian report at the Equifax website, etc.

Maybe, but that’s not what they said. A freeze lift is instant.

Tell that to the people in the frozen North.

A thaw has been instant in all my cases.

Well, like a lot of people here, I have a credit card (or more) from almost every big CC issuer so even with the freeze, they can pull my credit - the freeze would do almost nothing to fight fraudulent CC applications.

Well, like a lot of people here, I have a credit card (or more) from almost every big CC issuer so even with the freeze, they can pull my credit - the freeze would do almost nothing to fight fraudulent CC applications.

Yes they can review your credit as a current customer, however in my experience they always do a hard pull when attempting to open a new line.

Correct. I don’t think even an established creditor can do a hard pull on a frozen report. Here’s more info on which creditors do hard pulls (may be a little out of date): https://www.doctorofcredit.com/card-issuers-that-combine-multiple-credit-pullsinquiries/