Lest anyone get the wrong idea, I believe the prospects for WWIII are poor. However:

Unlike during the last (roughly) thirty years I believe there is now a non-zero likelihood of such a war. Some triggering elements are in place:

I don’t think Biden would strike first. Putin, and then Xi, I dunno. At least for Putin we are a real PITA. Those of us who are older remember how things were with the Soviet Union before Reagan. And unfortunately so does Putin. Our recollections are not fond. Putin’s are . . . . big time. And that’s a problem.

I would put WWIII probability somewhere south of 0.1. I wish it were lower still.

Metaculus is a community dedicated to generating accurate predictions about future real-world events by aggregating the collective wisdom, insight, and intelligence of its participants. a stark warning from Russia’s foreign minister, who warned western countries of a “considerable” chance for nuclear war if weapon deliveries to Ukraine continue, according to Bloomberg

Yes, and you don’t know how far gone they are over there to where they might actually do something, even if it is just the firing of a nuclear “warning shot”.

I started this thread out of concern Putin might have the same mindset as did the cold war Soviet leaders. They were all nuts, of course, as was their progenitor and hero, Nikolai Lenin. But Russians with that mindset do not much care about the views, or goals, of free people. Strength and power are what they respect.

I’m no Biden fan. Not in the least! But he is old enough, and has been around long enough, to realize he must be careful. Younger people who did not live through the cold war might not have his level of understanding of that old Soviet era mindset and thinking.

Biden does NOT remember most things!! He is a puppet led around by Warren and aoc. Bewildered all the time. And look at his defense appts. MiIley? he cares only about “wokeness” and “white supremacists” in the military. And Austin?? Looks like a sleepy head. Appointed just because he is…you know… Just like the Transportation Secy and VP. and Supreme Court pick. You know!! Does not pick the best people as he should!! We are suffering for it. You can always tell how smart a man is by who he picks to surround him. We are in definite trouble, 90% from within the current leadership, 10% from Putin.

Iran next, after all that top tier Biden appeasement.

@Financialjuice1
WH PRESS SEC. PSAKI: WE ARE CONCERNED THAT IRAN WILL PRODUCE A NUCLEAR WEAPON WITHIN WEEKS.
onenote April 27, 2022, 5:36am #8

Iran next, after all that top tier Biden appeasement

If true, Israel will have to attack Iran probably with nuclear weapons. Hitler showed them that if someone says he will annihilate you, believe him. This could definitely lead to WW3.

See this from a month ago. Yeah right. 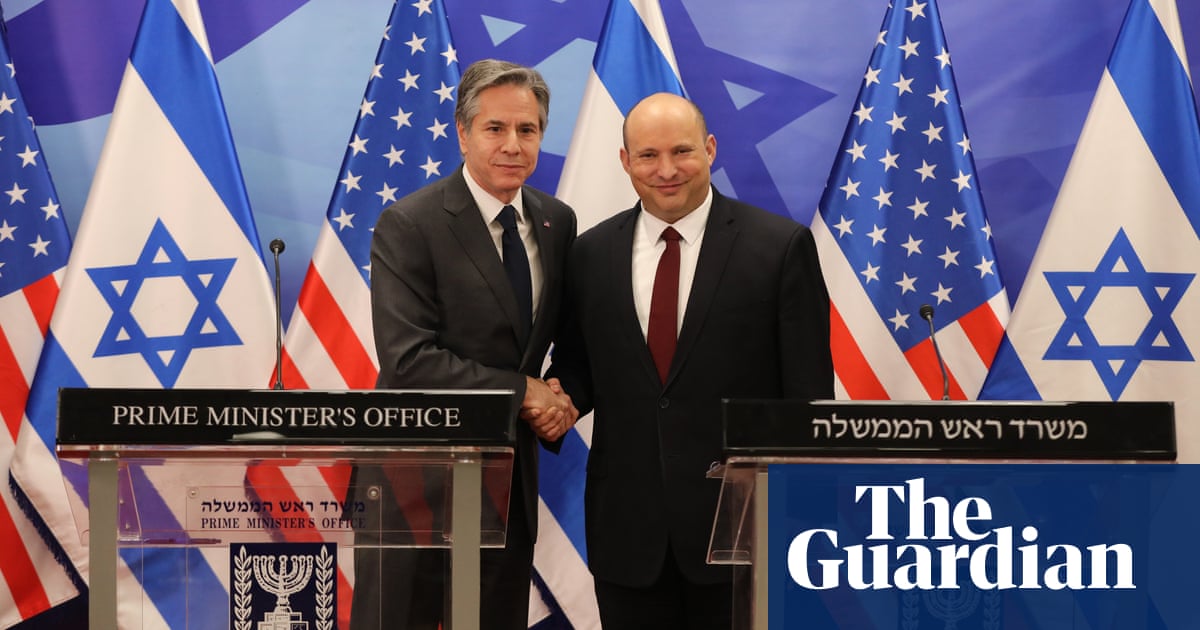 Yeah, they’re going to have to find out, hopefully not the hard way, whether mutually assured destruction works as deterrence against the hard line Islamists. Very unclear.

Yup. Him. He was known by both names. Guy was as phony as a three dollar bill, a total sleaze. Even his last name, Lenin, was phony.

Lenin was an incredibly dangerous man for lovers of freedom and liberty. And Putin probably thinks he was one of the greats.

I do not think Netanyahu will trust mutually assured destruction. He will attack if he is Prime Minister. Last I heard the current Israeli government is on the way out.

He was known by both names.

I’ve never heard of him being referred to as Nikolai. Maybe I’m not old enough.

And Putin is probably more of a Stalin fan.

I’ve never heard of him being referred to as Nikolai. Are Nikolai Lenin and Vladimir Lenin the same person?

Answer (1 of 4): >Are Nikolai Lenin and Vladimir Lenin the same person? Yes, they are - N. Lenin was one of the many pseudonyms that Vladimir Ulyanov used (started using it in 1901). He used that one particularly for his articles/pamphlets/essays...

I generally take the sensationalism and hyperbole prone British press with a grain of salt. But all out nuclear war is such a serious matter it becomes impossible to dismiss this stuff out of hand:

VLADIMIR Putin has warned he will use nuclear weapons against the West if anyone interferes in Ukraine. The threat comes as the Russian leader said the response to counterstrikes will be “lig…

Is Putin really insane enough to do this?

While I’m not disputing whether he said that or not – coming from you, a link to a tabloid of ill-repute for editorial content is kind of amusing.

To the topic prompt – the question really is “how do you define WW3”?

Putin Really May Break The Nuclear Taboo In Ukraine

It seems unthinkable, but American leaders’ failure to think about it heightens the risk it will happen.

This is a Peggy Noonan piece from today’s Wall Street Journal. I’m using the below version to circumvent the WSJ paywall:

Putin Really May Break The Nuclear Taboo In Ukraine

When I look at him I see a new nihilistic edge, not the calculating and somewhat reptilian person of the past.

People who have known Mr. Putin have told me I am wrong in my concern about his potential nuclear use in that he knows if he makes one move with such a weapon, Moscow will in turn be reduced to a smoking ruin. But I am reading Mr. Putin as someone who’s grown bored of that threat, who believes he can more than match it, who maybe doesn’t even believe it anymore. In any case the Americans would not respond disproportionately.
.

If Putin uses nukes in Ukraine, the black swan swoops in, and we’re on our way to WWIII.

Considering the proximity and the potential consequences, it would be extremely stupid. It also seems unnecessary at this point, since they can probably take what they want to take using conventional force.

Note: Ben Wallace is Secretary of Defence in the UK British Defence Secretary Ben Wallace has admitted that he wouldn't be surprised if the Russian president declared a new world war - ordering the mass mobilisation of troops.

Russian ruler Vladimir Putin could declare a new world war in the coming days, the secretary of defence for the UK fears.

May day is Sunday. May eighth also falls on a Sunday, the next one after this weekend.

Be on lookout for Putin announcements on any of those days.

Part of the provocation probably

CNN’s take - “American killed fighting alongside Ukrainian forces in Ukraine”. Sounds like some young, perhaps foolish guy doing what he thought was right. Except for this part… The 22-year-old was working with a private military contracting company when he was killed on Monday. The company had sent him to Ukraine, and he was being paid while he was fighting there on Friday, his uncle said the family did not know the name of the company and had not been contacted by any contractor after…