I don’t think they’re that Machiavellian. For what? Biden is an old man, and with the upcoming recession any Democrat will have nearly unsurmountable difficulties winning the presidency. Besides, these documents have been in that garage and those offices for years. Nobody thought 6 years ago that Joe was going to be a hot political player today.

I don’t think they’re that Machiavellian

The great Rush Limbaugh predicted this would happen back in 2020 shortly before he died. The classified docs were known by the the Democrat operatives at the justice department since before the last November election. Someone must’ve given the greenlight to leak it

Biden will serve at the pleasure of Barack Obama“

So Hunter was living at Biden’s place where the classified docs were, cracked up and consorting with hookers, so definitely no risk to national security. Also, he claimed to be paying $50k/month “rent” on it, presumably to his dad who owned it, on one of his rental applications at the time. Just getting 10% back to The Big Guy. 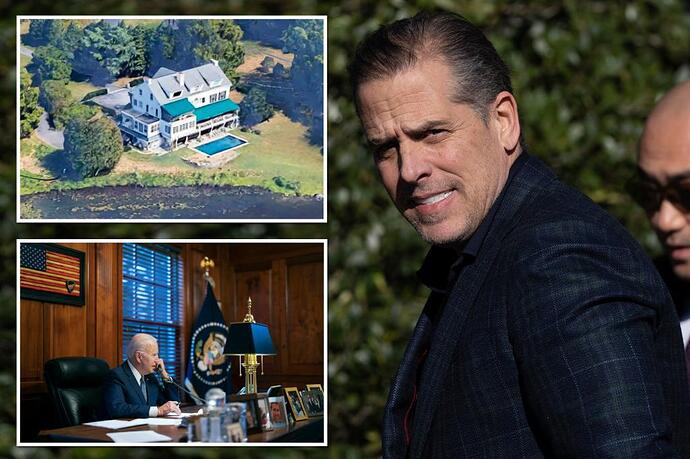 So Hunter was living at Biden’s place where the classified docs were, cracked up and consorting with hookers, so definitely no risk to national security. Also, he claimed to be paying $50k/month “rent” on it, presumably to his dad who owned it, on one of his rental applications at the time. Just getting 10% back to The Big Guy.

The fancy stepping by the left wing news media to minimize and obfuscate this obvious corruption by the Biden crime family is going to be a wonder to behold.

I think they’re up to the task if their heart is in it. That’s the question. 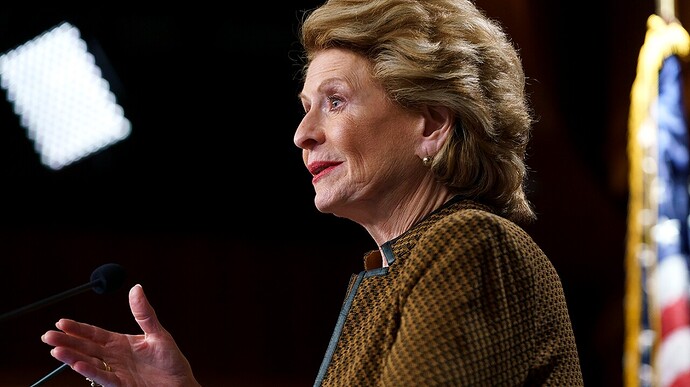 “What I’m most concerned about, and this is the kind of thing that Republicans love … ‘Let’s talk about investigations. Let’s create chaos’ … They don’t want to talk with us about how to move the country forward,” Stabenow said on Sunday.

She said that the chaos of criticisms and investigations is “where the Republicans feel comfortable, unfortunately.”

Aren’t these comments equally embarrassing, following 6 years of nonstop criticism and investigations from the Democrats?

“They’re gonna talk about big-spending Democrats again. Guess what? I reduced the deficit last year $350 billion. This year, federal deficit is down $1 trillion-plus. That’s a fact. And there’s gonna be hundreds of billions reduced over the next decade. But so what? These guys are the fiscally demented, I think. They don’t quite get it,” Biden said of Republicans, prompting laughter from the crowd.

Only thanks to Senator Manchin, you crazy old man.

Talk about being fiscally demented and not quite getting it… And that before considering how he’s comparing his deficit reduction to the peak COVID aid/stimulus time. Trillions in deficit reduction should’ve happened organically.

Tens of millions in anonymous Chinese donations to Bidens slush fund where he left behind some of those classified documents. 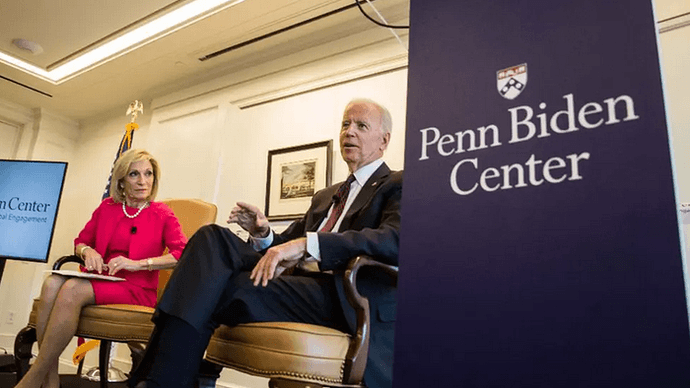 House Oversight Chair: China Donations To Penn-Biden Center May Have...

"Donations originating from China tripled and continued while Joe Biden explored a potential run for President..."

Nice riff on immigration in this weeks recap, other good stuff too 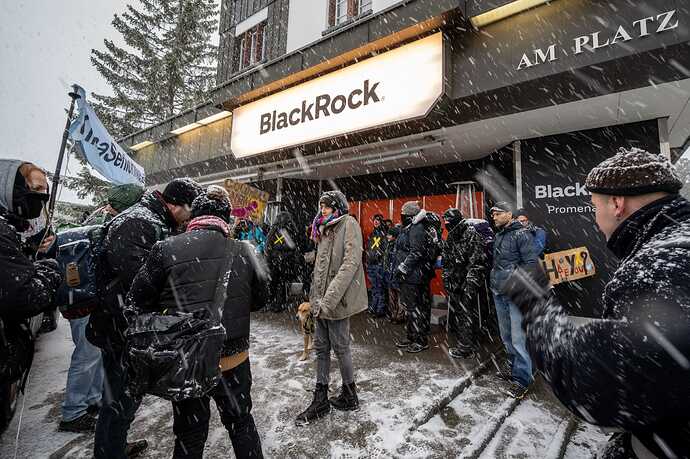 Reparations in San Francisco. Madonna back in the saddle. And a very odd sculpture in Boston. Plus: Alec Baldwin, Jacinda Arden and much more.

→ “There is no more room in New York”: Eric Adams, mayor of America’s largest city, announced that his town is just totally full and cannot accommodate any new immigrants. “Our cities are being undermined,” the mayor said this week. “We don’t deserve this. Migrants don’t deserve this and the people who live in the cities don’t deserve this . . . There is no more room in New York.” The liberal response to the surge of migrants goes like this: First of all, the border crisis is fake and racist. Second of all, it was caused by Trump, who is still the president. Third, Park Slope is at capacity.

This is completely different than with Trump, Biden turned in the documents as soon as they were discovered. 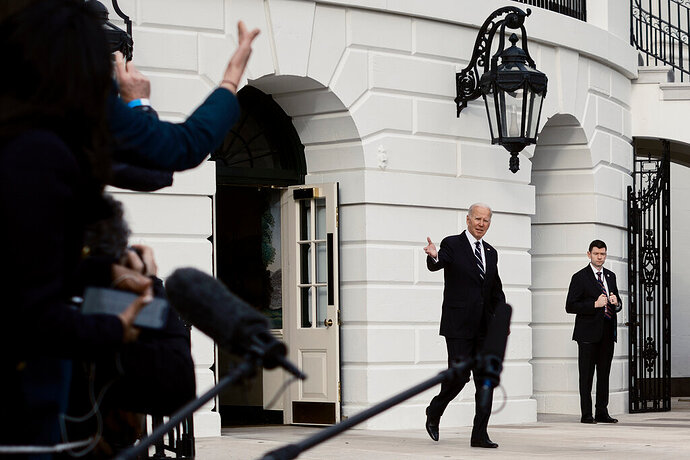 A team from the Justice Department conducted a 13-hour search of the president’s Wilmington residence on Friday.

And it spreads further…

My question is, does anyone even care about Pence at this point?

Bonus question - will anyone have the balls to search Obama’s home for any such documents?

Bonus question - will anyone have the balls to search Obama’s home homes for any such documents?

How about Hillary’s multiple mansions and money laundering foundations? 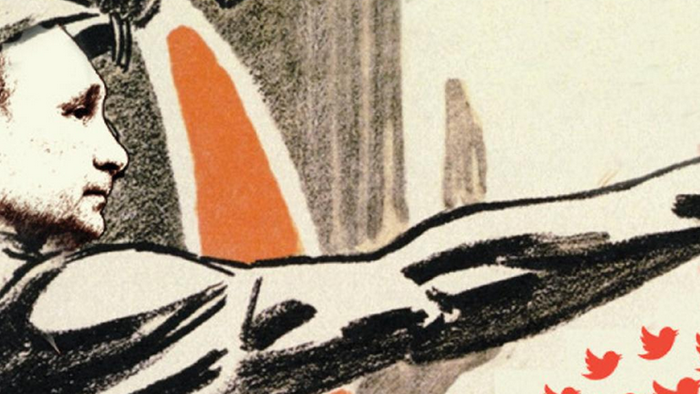 "Virtually every major news organization in America is implicated..." 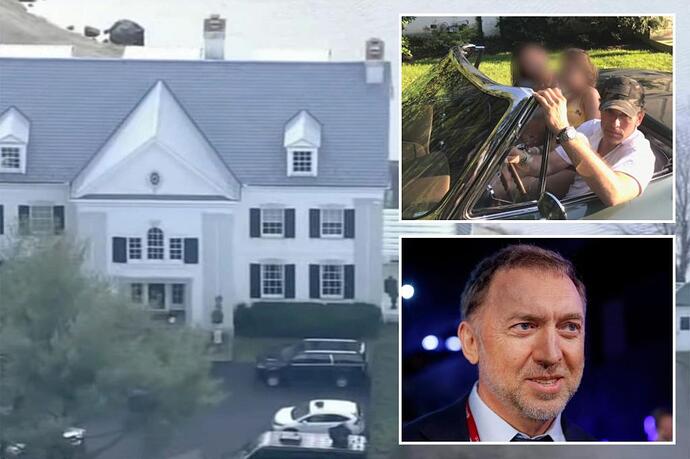 This is going to end with a big “Not our fault, no one could’ve possibly seen this coming!” from Democrats. Ignoring that this is a story 3 years in the making, lots of people in fact did see it coming, and they too could have had they not been so hellbent on curtly sweeping it aside as baseless propaganda.

Good essay on social status, and how dumb ideas have taken over as “fashion” among Our Betters. 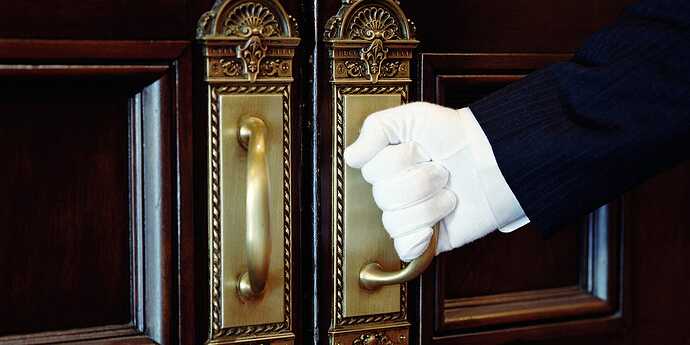 In the past, people displayed their membership in the upper class with their material accoutrements. But today, luxury goods are more affordable than before. And people are less likely to receive validation for the material items they display. This is a problem for the affluent, who still want to broadcast their high social position. But they have come up with a clever solution. The affluent have decoupled social status from goods, and re-attached it to beliefs.

The chief purpose of luxury beliefs is to indicate evidence of the believer’s social class and education. Only academics educated at elite institutions could have conjured up a coherent and reasonable-sounding argument for why parents should not be allowed to raise their kids, and that we should hold baby lotteries instead. Then there are, of course, certain beliefs. When an affluent person advocates for drug legalization, or defunding the police, or open borders, or loose sexual norms, or white privilege, they are engaging in a status display. They are trying to tell you, “I am a member of the upper class.”

Affluent people promote open borders or the decriminalization of drugs because it advances their social standing, and because they know that the adoption of those policies will cost them less than others. The logic is akin to conspicuous consumption. If you have $50 and I have $5, you can burn $10 and I can’t. In this example, you, as a member of the upper class, have wealth, social connections, and other advantageous attributes, and I don’t. So you are in a better position to afford open borders or drug experimentation than me.

I am shocked, shocked I tell you that this was left out of the Democrats’ report

“Law enforcement had a very direct role in contributing to the security failures that led to the violence," said Tim Heaphy.

The House Jan. 6 committee concluded that the FBI and other federal security agencies could have prevented a violent mob from overrunning the Capitol had they acted on the large volume of intelligence collected beforehand, the chief investigator told NBC News in an exclusive interview — a judgment the committee left out of its televised hearings and final report.